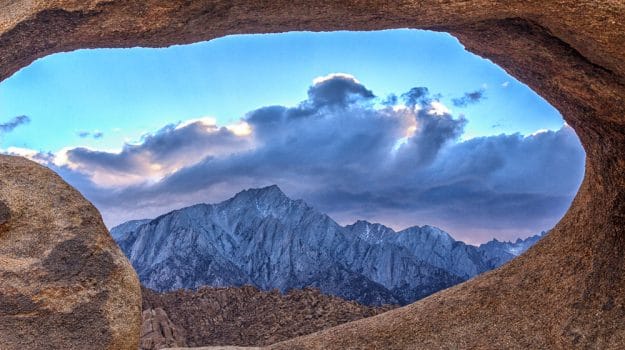 Our friend Richard had traveled the 395 a few years ago and really liked it. I’d done the Northern section back when we bicycled from Lake Tahoe to San Diego (via Yosemite), some 20 years ago. I wanted to do it again, and when we got an invite to Thanksgiving in Vegas, I figured that was sorta kinda on the way. We spent one night in Redlands (a town we like in the Inland Empire), and the next morning we headed up the 395.

The portion of this region of the Owens Valley I was most impressed with was the Alabama Hills. It’s been used for hundreds of (John Wayne) movie backdrops, and it’s location near Mt. Whitney made for a fun place to spend some time. In fact the first couple of spots we stopped, I would run from one vista to the next as excited as a kid buying a new puppy. Next stop, the ancient Bristlecone Pines!